The Best Topiary Gardens In The World

Published by on 20th August 2019 The Best Topiary Gardens In The World, Updated on 23rd November 2020 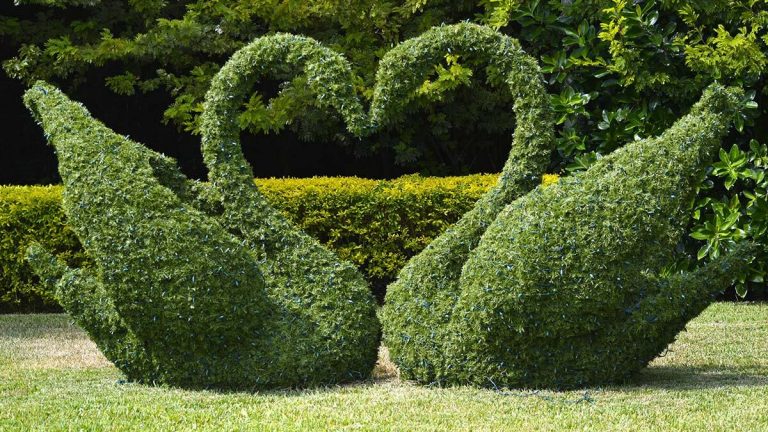 If the horticultural practice of topiary is something you are yet to see with your own eyes, then now is the time to experience it. The stunning sculptures created by topiarists are admired all over the world and highlight the enchanting beauty of nature. Once you have seen one landscape masterpiece, we guarantee you won’t want to stop there, so we are here to tell you all about the best topiary gardens in the world.

Finding the best topiary gardens in the world

Stunning topiary gardens are all over the world, so finding the best ones can be quite the task. Luckily for you, we have found some of the most beautiful and popular gardens that promise to leave you in awe.

Supposedly invented by a friend of the ancient Roman emperor Augustus, the art of topiary has been a long-admired craft which continues to grow in popularity. However, the artful expression has not always been as popular as it is today as it suffered a decline in the 18th century. Topiary fell from grace in aristocratic gardens in the 1720s and 1730s but remained a feature in many cottagers gardens. After its revival in the 1840s, many people started to appreciate the imaginative art form, and it gained recognition worldwide.

Today, topiary typically falls into one of two categories – architectural and whimsical. Architectural topiary refers to sculptures such as arched walkways and box-bordered paths, while whimsical topiary is the creation of more innovative handiwork such as artful teapots, animals and chess pieces. Attending a topiary garden gives you the opportunity to see both types of art first hand and marvel at each creative piece. 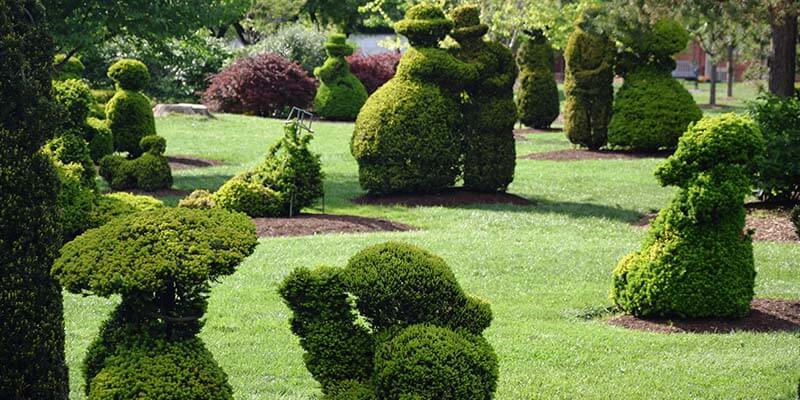 Situated in the picturesque Lake District, Levens Hall features an award-winning living sculpture gallery that creates a stunning visual impact. Filled with over 100 specimens, Levens Hall’s impressive topiary is the oldest in the world, with some shrubs being over 300 years old! In fact, the entire garden has remained largely unchanged since the 17th century, making it all the more spectacular. Having been grown in the onsite greenhouse, the array of over 30,000 bedding plants within the garden are also guaranteed to impress you and make you feel like you are walking in a naturalistic wonderland.

Being the oldest topiary garden in the world, it is no surprise that it has an interesting history. Originally, the garden was laid out in the 1690s by Guillaume Beaumont who was a gardener to King James II and Colonel James Grahme. At this time, the garden was essentially a late-renaissance parterre consisting of hedges and small topiary spheres, cones and cubes. However, when this style became unfashionable, the topiary was re-cut in 1815 and gradually evolved to feature the dramatic Victorian shapes which have made Levens Hall so famous. If you think your commercial landscape has the potential to look as charming and attractive as Levens Hall, take a look at our successful landscaping in Cambridge and surrounding areas and get inspired. 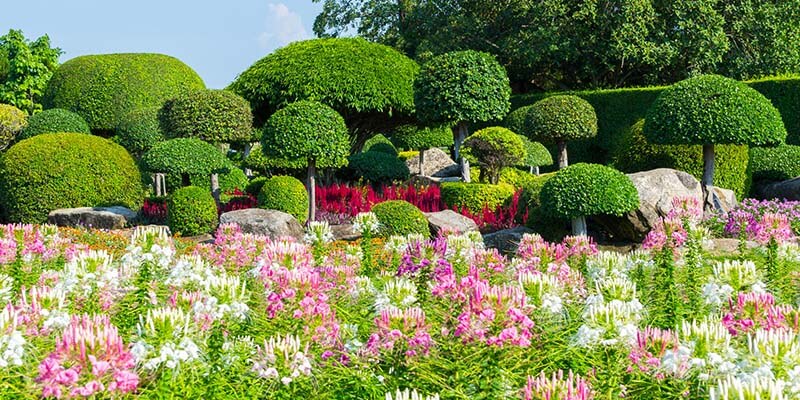 Located in South West France, the overhanging gardens of Marqueyssac is by far one of the most mesmerising gardens the Dordogne has to offer. These gardens are so impressive in fact that they have celebrity status as a National Historical Monument! The park promises to be a perfect outing for all the family to enjoy for a unique day out, filled with vibrant green foliage, occasional pine trees and over 150000 hand-pruned boxwoods which are over 100 years old. Designed for walking, the 6 kilometres of shaded paths are organised into three circuits that will lead you straight to the Belveder. If you haven’t heard of it before, the Belvedere is an impressive balcony which is 192 metres high and 130 metres above the rive. Once on the balcony, you can soak up the breathtaking, panoramic view of the Dordogne valley. The romanticism of the gardens makes it a very popular venue for weddings and receptions, so why not go with your partner and drop some hints? 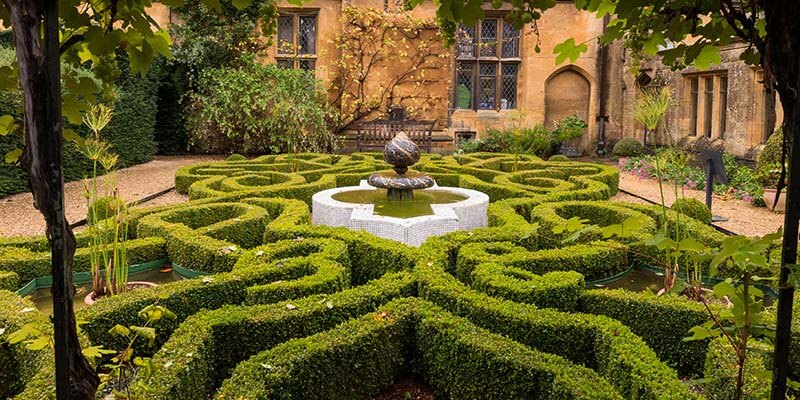 Being among one of the finest gardens in Europe, the Drummond Castle Gardens has all the traditional characteristics of a courtly, 17th century Scottish Renaissance garden which has led it to become one of Scotland’s most popular tourist attractions. One of the most notable visitors the garden has had to date is Queen Victoria. She visited the Castle alongside Prince Albert in 1842 and described the garden as “really very fine, with terraces, like an old French garden.” However, after the Second World War, a reduced workforce led to the decision to simplify the garden. Specialising in landscape maintenance in Bedford, we understand how difficult it can be to keep a garden in pristine condition, so a reduced workface could have been very detrimental to the garden’s quality. However, by clearing some of the ground and keeping some of the most significant features, the garden continued to prosper.

If you visit the garden today, you can still see the ancient yew hedges and the two copper beech trees which were planted by Queen Victoria to commemorate her visit. Despite being somewhat simplified, the gardens still remain to be an impressive attraction. In fact, as well as living up to royal standards, the gardens aren’t a stranger to the TV screen. The 1995 film “Rob Roy,” which stared cinematic icons such as Liam Neeson, John Hurt and Tim Roth, used the gardens as a set during filming. You can see a still from the movie here. If the magnificent gardens have tempted you to take a trip to Scotland, don’t forget to check out other attractions the beautiful and historic country has to offer.

Named after the popular topiary artist, the Pearl Fryar Topiary Garden is famous for being “beautiful, whimsical, educational, and inspiring”. You may be surprised to know that Pearl had no horticultural or gardening background before he began to master the art of topiary. After skillfully teaching himself the trade, his garden began to thrive and now attracts people from all over the world to visit the small town in South Carolina (the population is only 3,600!) Many of Pearl’s living sculptures are made of plants that were rescued from the compost pile at local nurseries. Without the use of pesticides or fertilizers, plants that are not even meant to grow in South Carolina’s climate flourish when Pearl tends to them. Over time, the three-acre property he owned was completely transformed into a surreal dreamland which now consists of over 300 topiaries.

People were so inspired by Pearl’s worth ethic, dedication and strong belief in the power of positive thinking that a documentary about his life and work was made. After its release, “A Man Named Pearl” became critically acclaimed and won a number of awards. If you want to meet the star himself, book your next holiday to South Carolina and visit the mesmerizing garden for yourself. 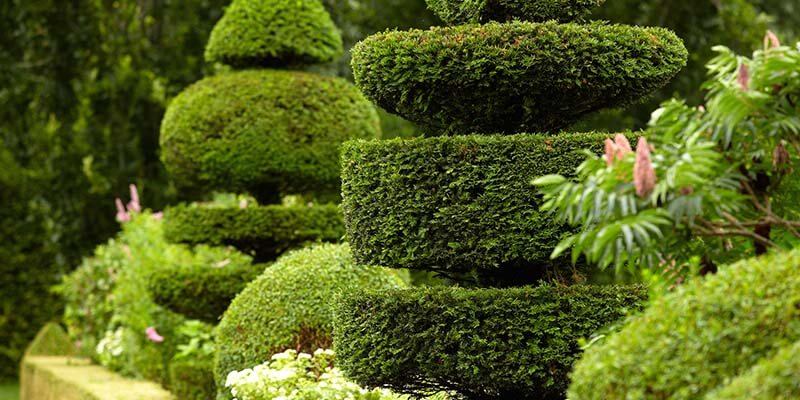 If reading about all the magnificent topiary gardens across the world has inspired you to give your commercial garden some TLC, then we are here to help! Having years of experience landscaping in Buckingham and providing outstanding grounds maintenance in Daventry, we know exactly how to improve your garden and make it look attractive all year round.

With the latest government update in mind, we would like to reassure a...

The UK is known for its harsh weather over the winter period, and havi...

As a commercial property owner, it is your responsibility to make sure...